The Annapurna massif  form the central core of the majestic Himalayan. This trail fascinates many trekkers around the world. The route was opened to foreigners in 1977. In the earlier decades, the trekkers used to trek using campground but now there is plenty  tea houses.

Annapurna Circuit trekking begins anti-clockwise from Besisahar, Lamjung’s capital. The trail follows up to the Marshyangdi River upstream as you travel north. After Ghermu the trail crosses the left bank and moves up through a 25 KM narrow gorge up to a place called Bagarchap.

Then you will trek to Manang Village where we will rest for acclimatization. Then we will hike over  Throng-la pass 5426 M, which is the highest point of the trail. From Phedi, it is a steep climb to Throng –la. Once you are at the top, a very long descent takes you to Muktinath.

Muktinath is the most beautiful part of the entire trek which is a deserted land of Nepal. It is a pilgrimage site with a cluster of temples for Hindus and Buddhists. Then Descending to Kagbani the trail runs south along the broad river bed of the Kaligandaki. From Jomsom, we can either fly back to Pokhara or  continue the trek. 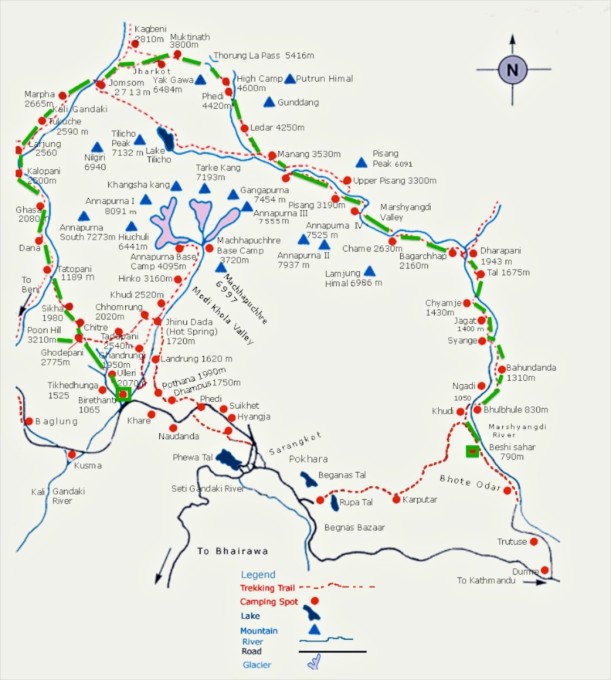